In 1983 a group of friends came together to learn Ukrainian dance steps. After months of these exercises, the group decided to form a Ukrainian dance club, which reflected their cultural background and traditions. Hence in 1984, the Veselka Ukrainian Dance and Music Society was formed. Today we are known as the Veselka Ukrainian Dance Association. Veselka has grown to an ensemble cast of just under fifty dancers that have entertained audiences with its unique blend of character, humor, and vitality.

Veselka has traveled to Ottawa, Dauphin, Montreal, Saskatoon, and various locations within Alberta. In 2007 and 2008, Veselka traveled to Eugene, Junction City, and Springfield, Oregon to attend cultural festivals. Veselka has also been part of the many special events in Edmonton, such as the opening and closing ceremonies for the 2001 World Games, Grey Cup events including the halftime show, and the Ukrainian Millennium Festival. 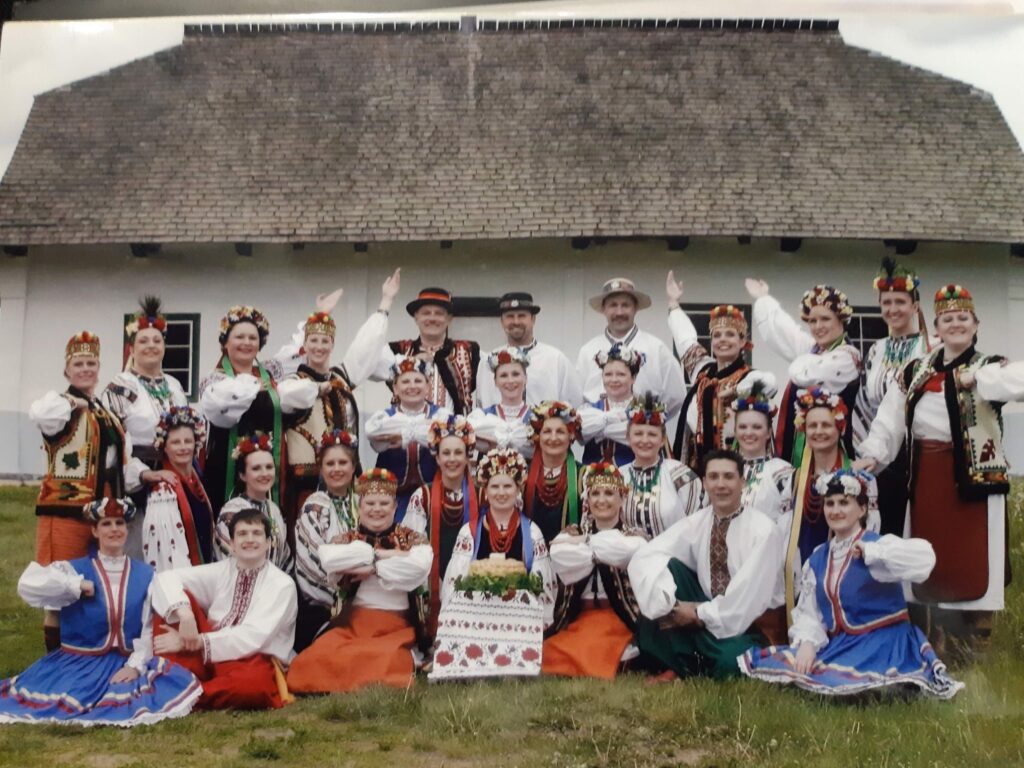 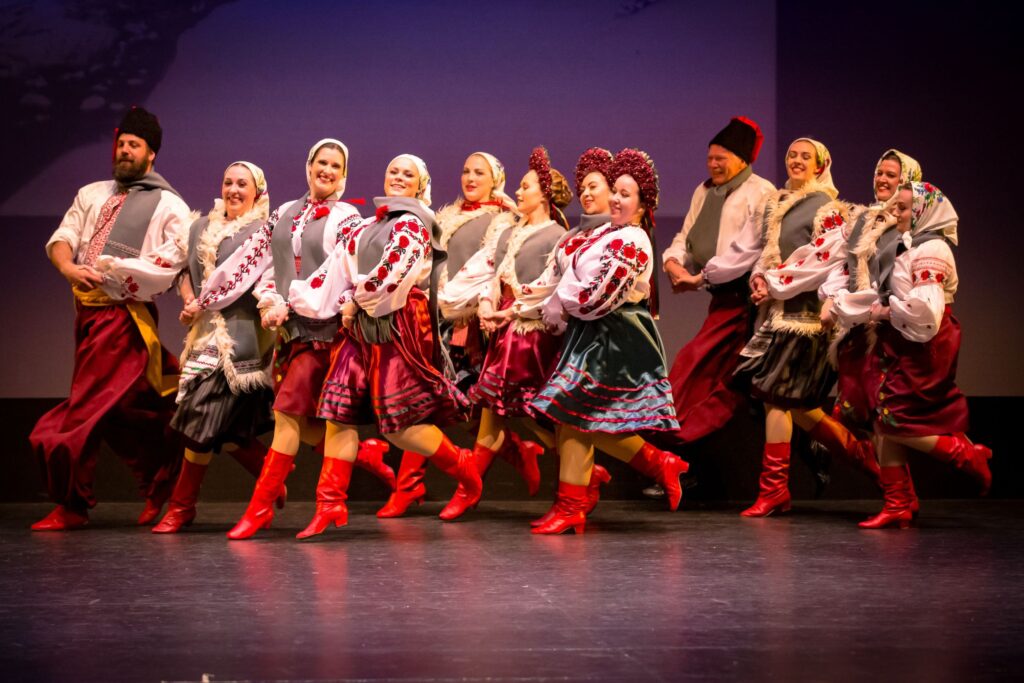 In February 2009, Veselka celebrated its 25th anniversary. We celebrated 25 years of Ukrainian dance, culture, and friendship. For this special occasion, Edmonton Ukrainian artist Larisa Sembaliuk-Cheladyn was commissioned to paint a work of art that would represent the unique spirit and love of the Ukrainian culture. It was this work of art called “Pryvit” that was the inspiration for Veselka’s fall performance in November 2011 called ‘Prekrasne Malyarstvo’. For this celebration, the Artistic Director beautifully choreographed a concert based on this painting, in which the painting was brought to life.

In 2014, Veselka performed at two Grandstand performances at the Vegreville Pysanka Festival. These performances showcased Veselka as a commendable, adult amateur group, in light of sharing the stage with professional Ukrainian dance groups.  These performances resulted in an influx of new and enthusiastic dancers, sparking a resurgence of growth and spirit for Veselka’s 30th anniversary in the 2014-2015 dance year. To celebrate Veselka’s 30th year, a multicultural showcase was hosted at the Dow Centennial Center in Fort Saskatchewan in June 2015. 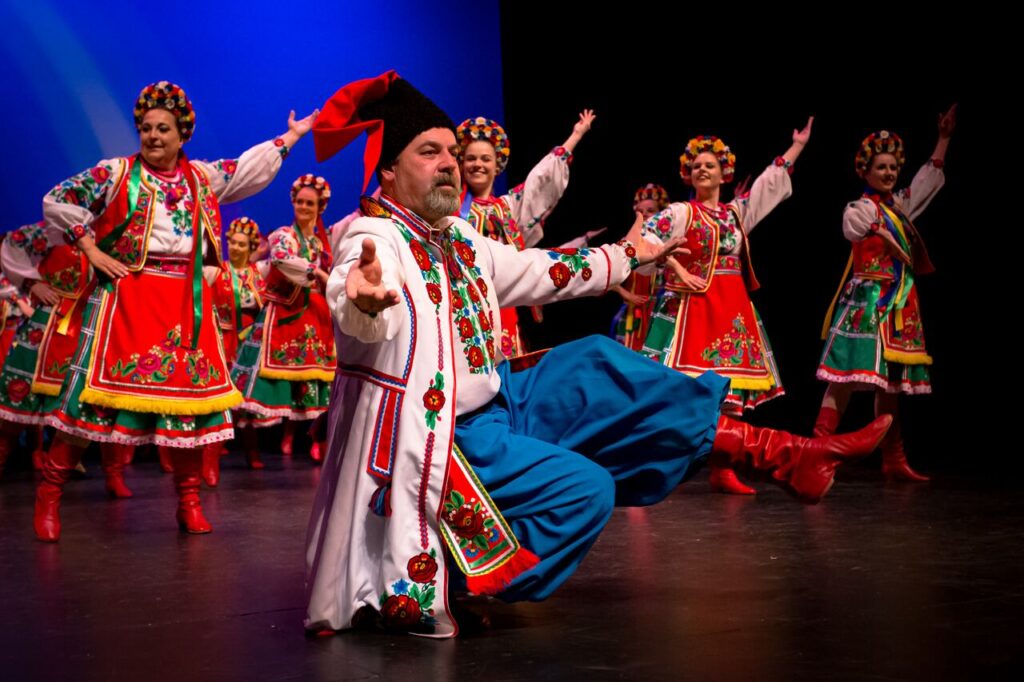 The 2016-2017 dance season saw all the dancers’ hard work culminate with performances at the Capital Ukrainian Festival in Ottawa, Ontario. With the band Zirka of Toronto, Veselka dancers also led one of the most unbelievable Zabavas that Ottawa had ever seen with most of the audience joining in. The most memorable event of that trip that also coincided with Canada 150 celebrations, was the Veselka dancers walking en masse up the pathway towards the Parliament buildings. At the base of the main steps, Veselka did a ‘flash mob” hopak that has now been shared and viewed online around the world.

In June of 2019, through the incredible talent and effort of our artistic director, Tricia Bayrock-Frederick, Veselka presented “ Reflections”. This 2+ hour production was in honor of over 35 years of treasured memories and was met with critical acclaim. Over the past 36 years, Veselka has earned a well-deserved reputation as the “Best Adult” Ukrainian dance group in Canada. Veselka continues to dance and perform, with hopes of sharing our love for Ukrainian dance with many more audiences to come. Boodmo! 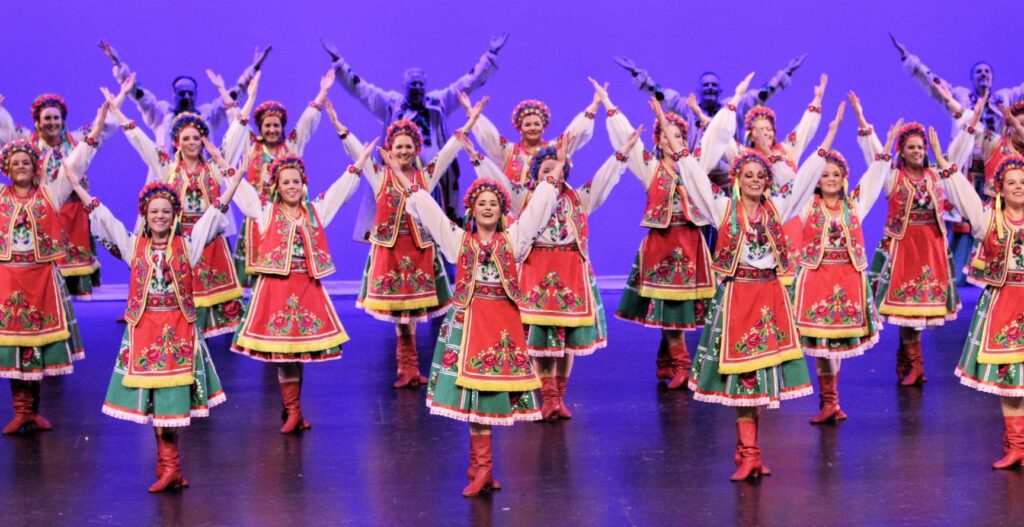